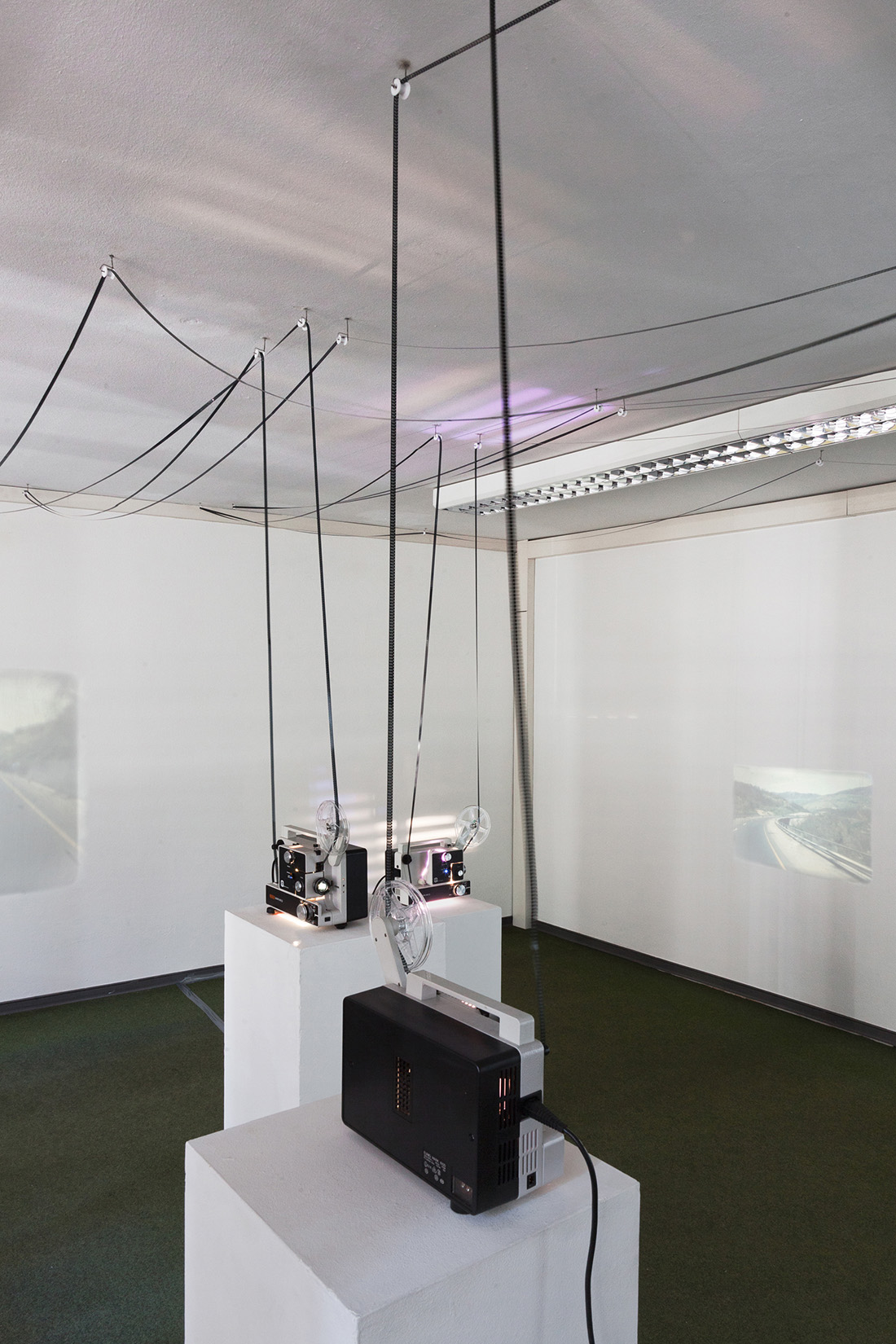 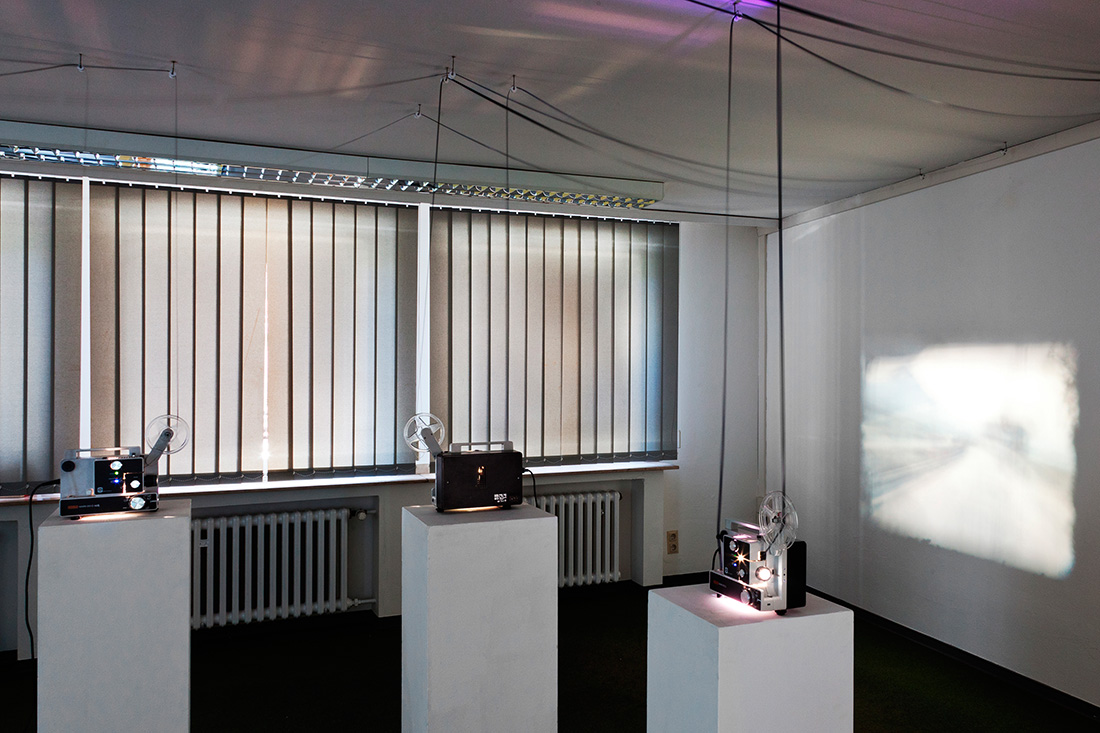 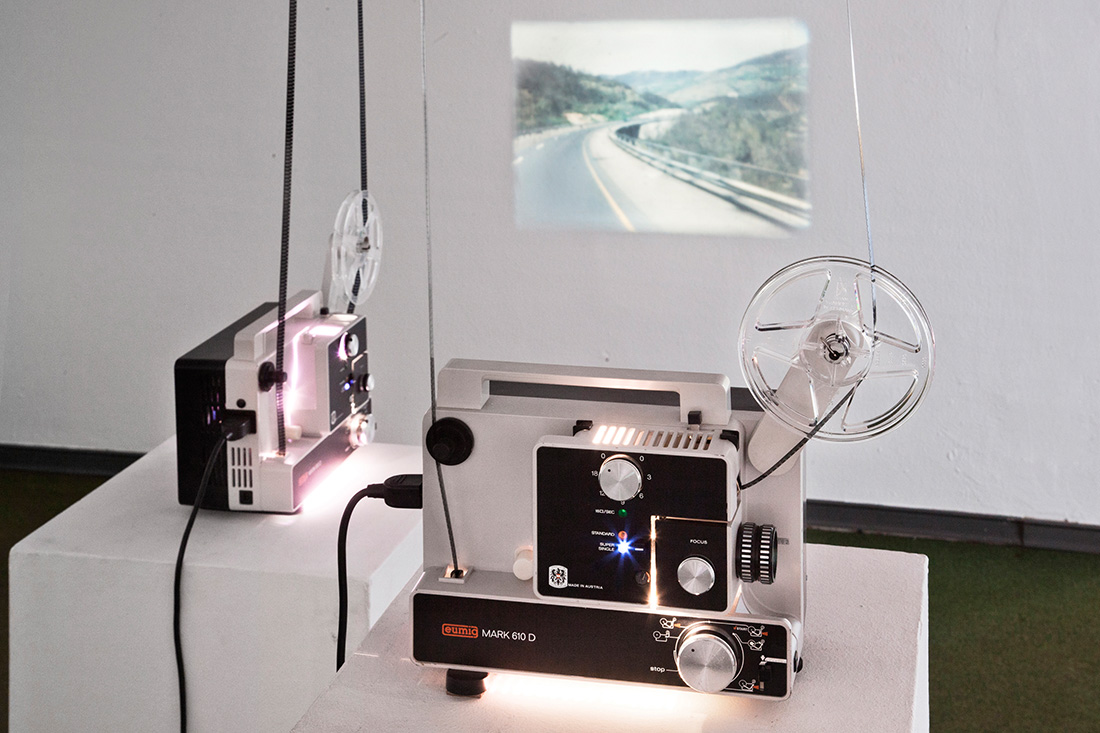 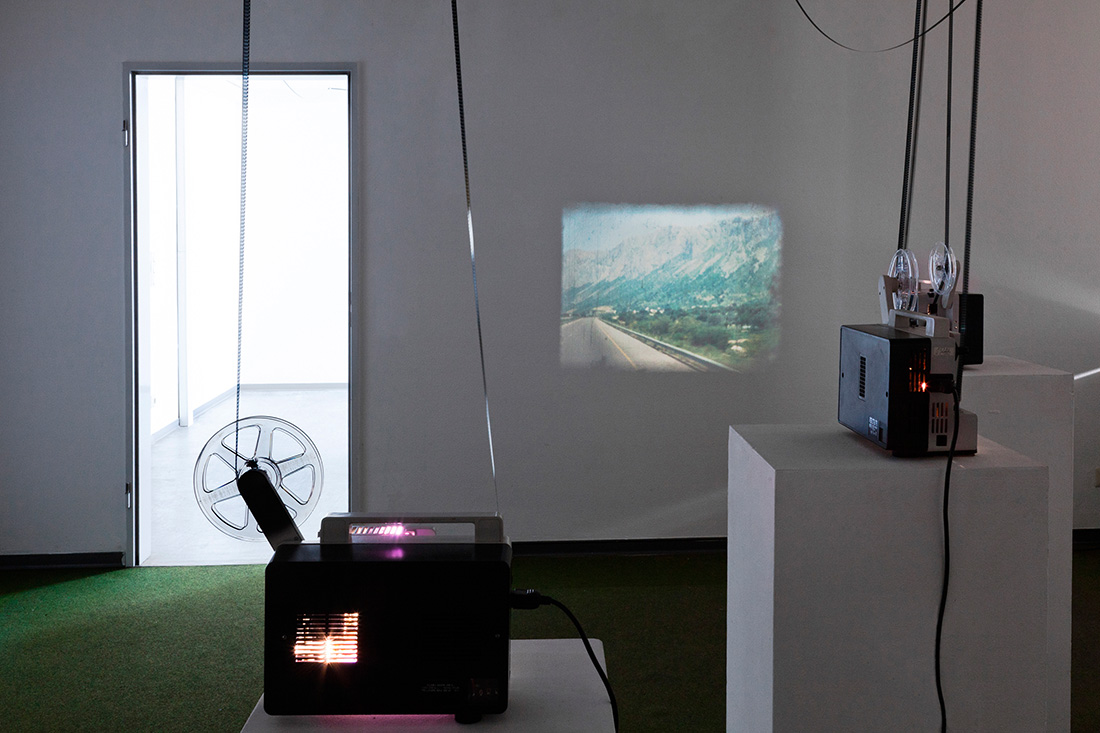 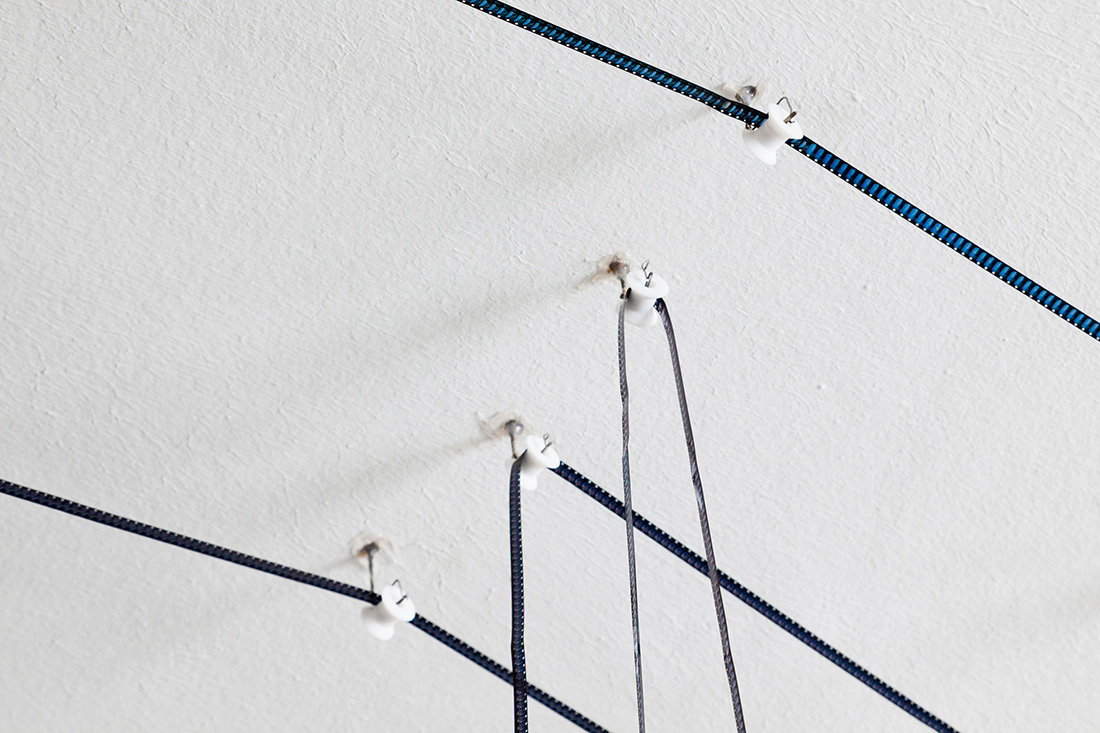 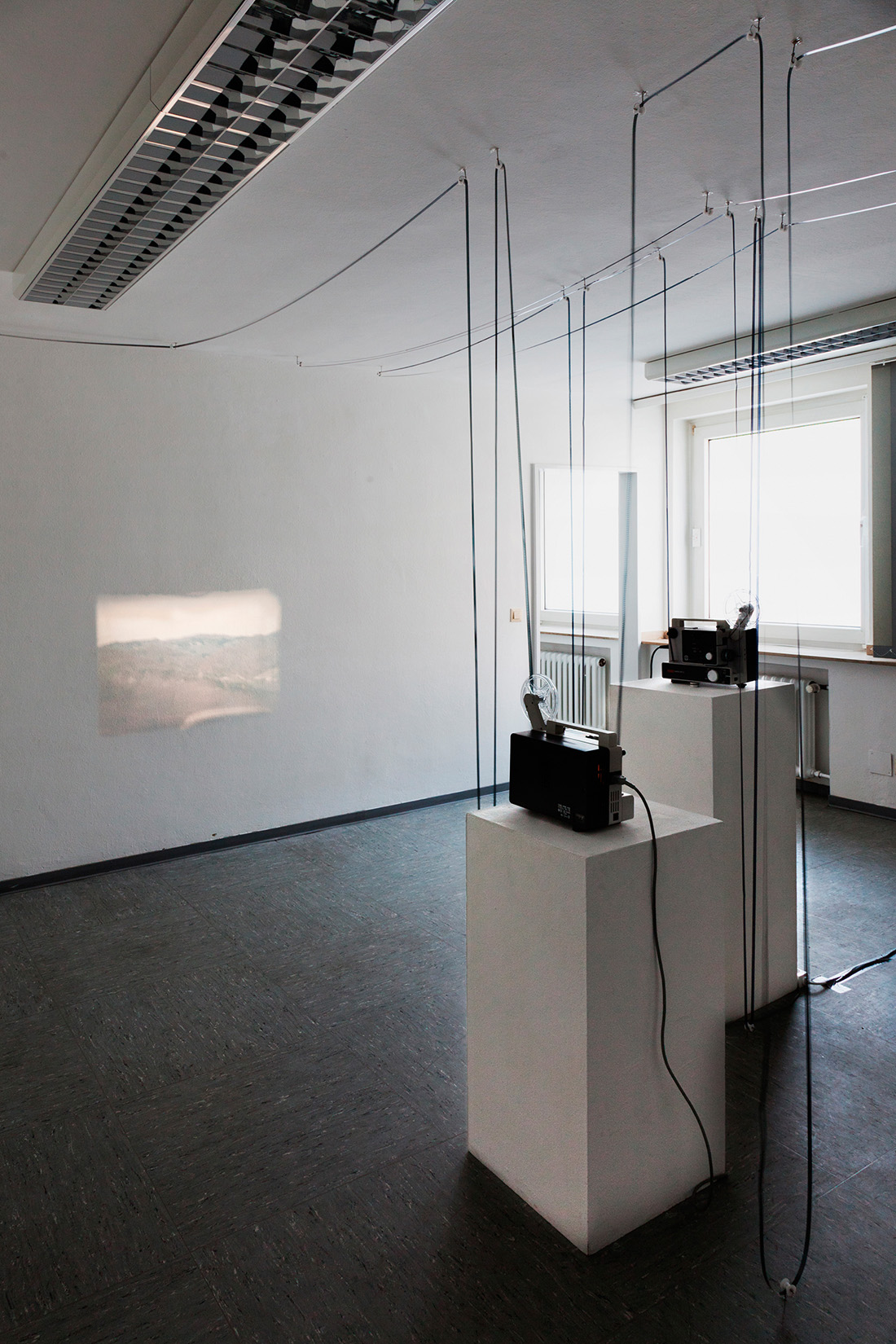 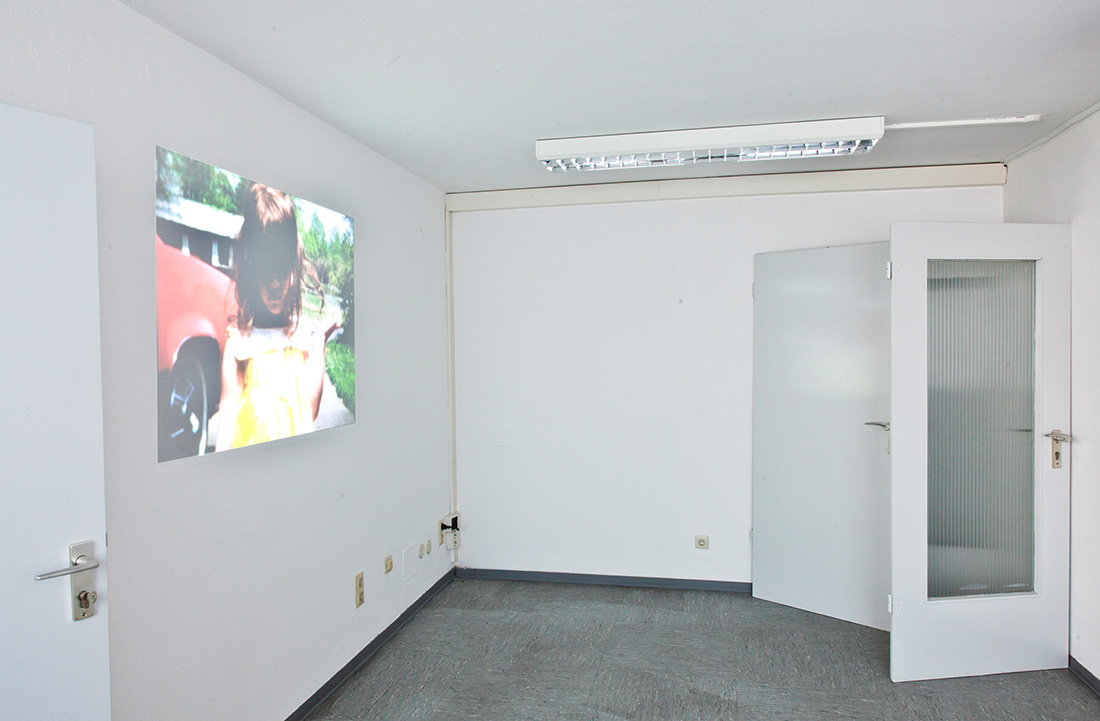 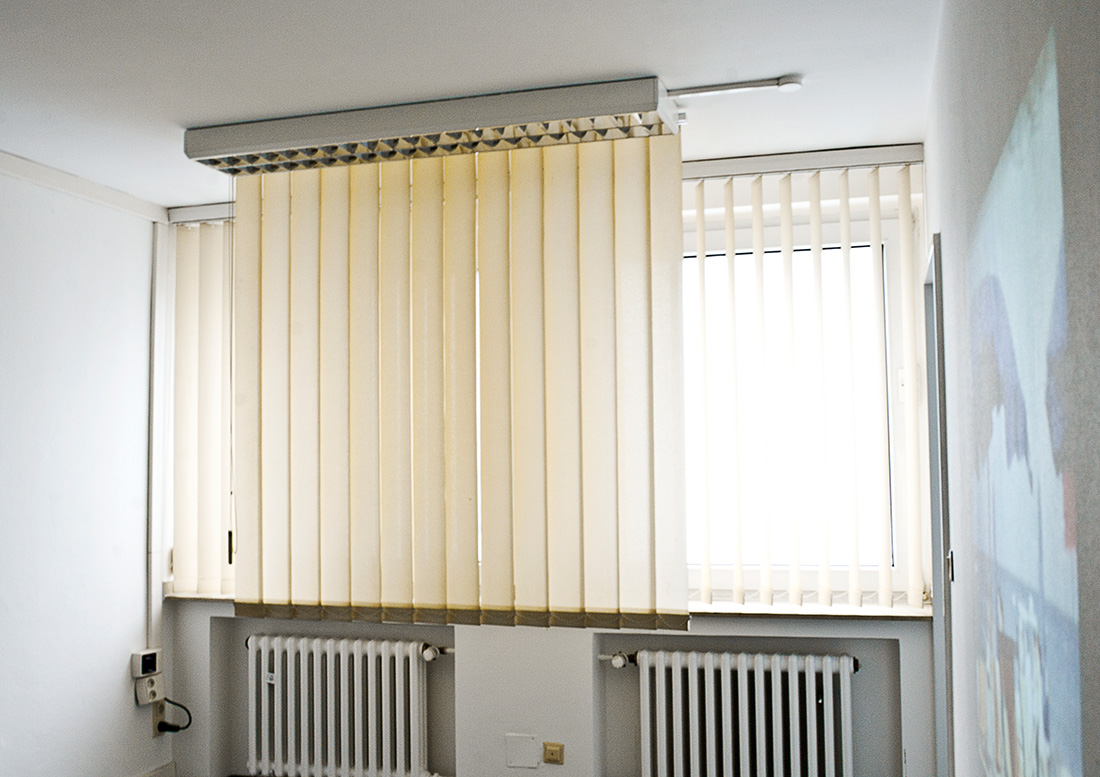 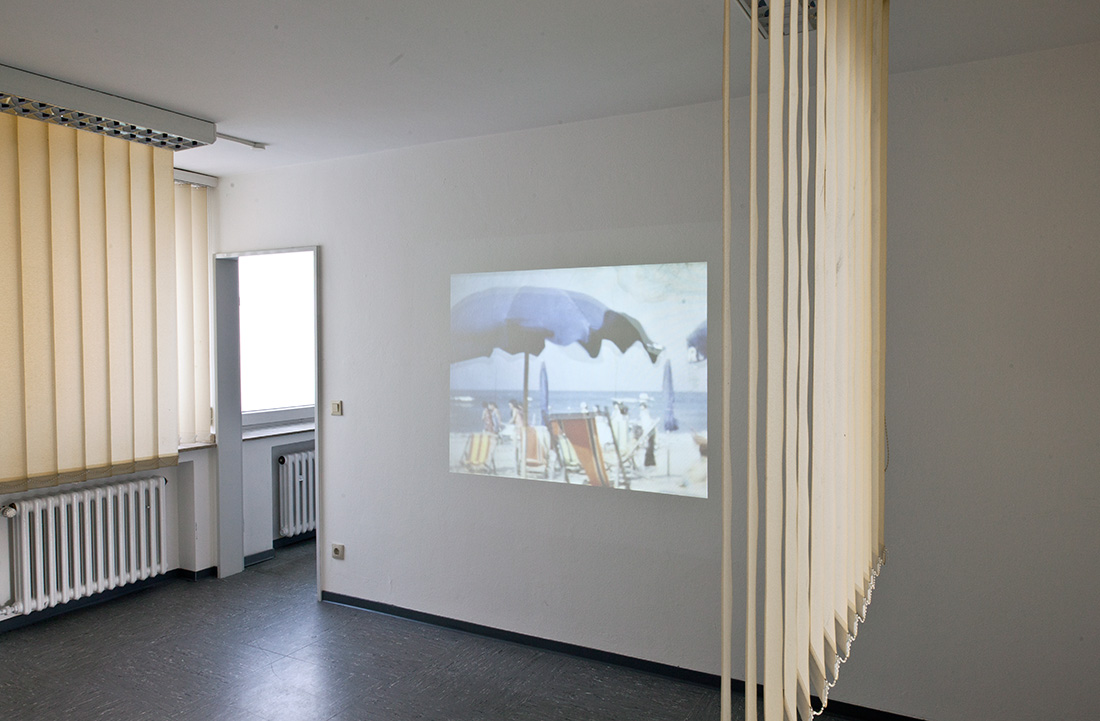 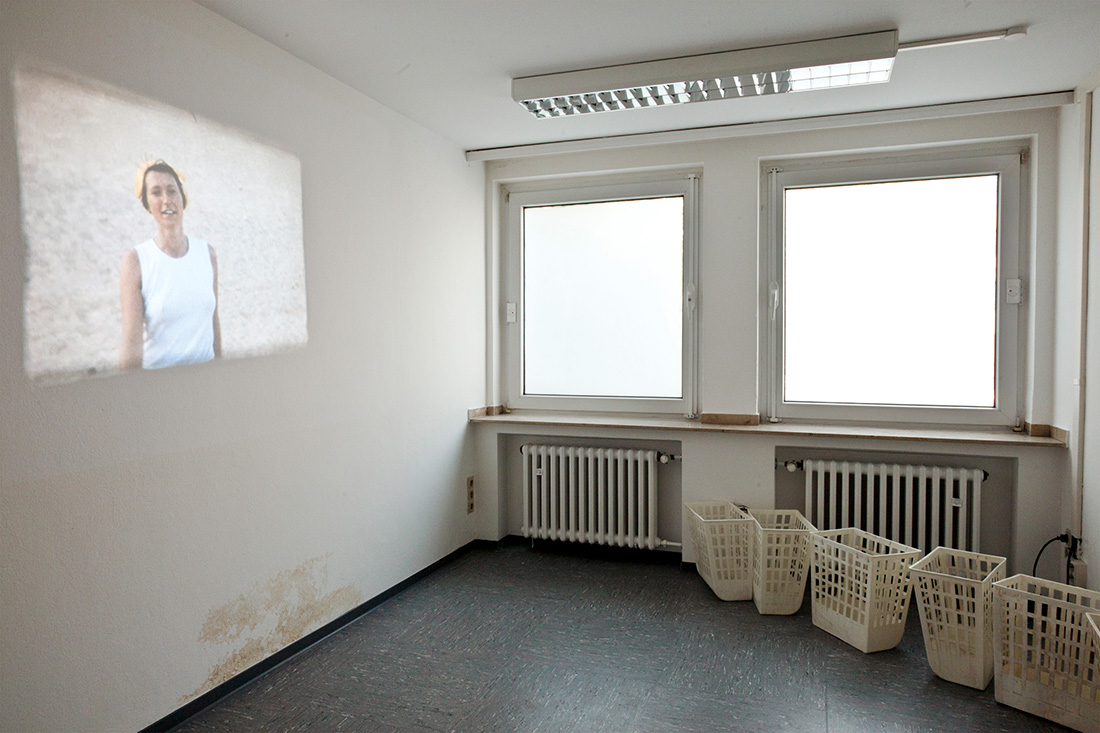 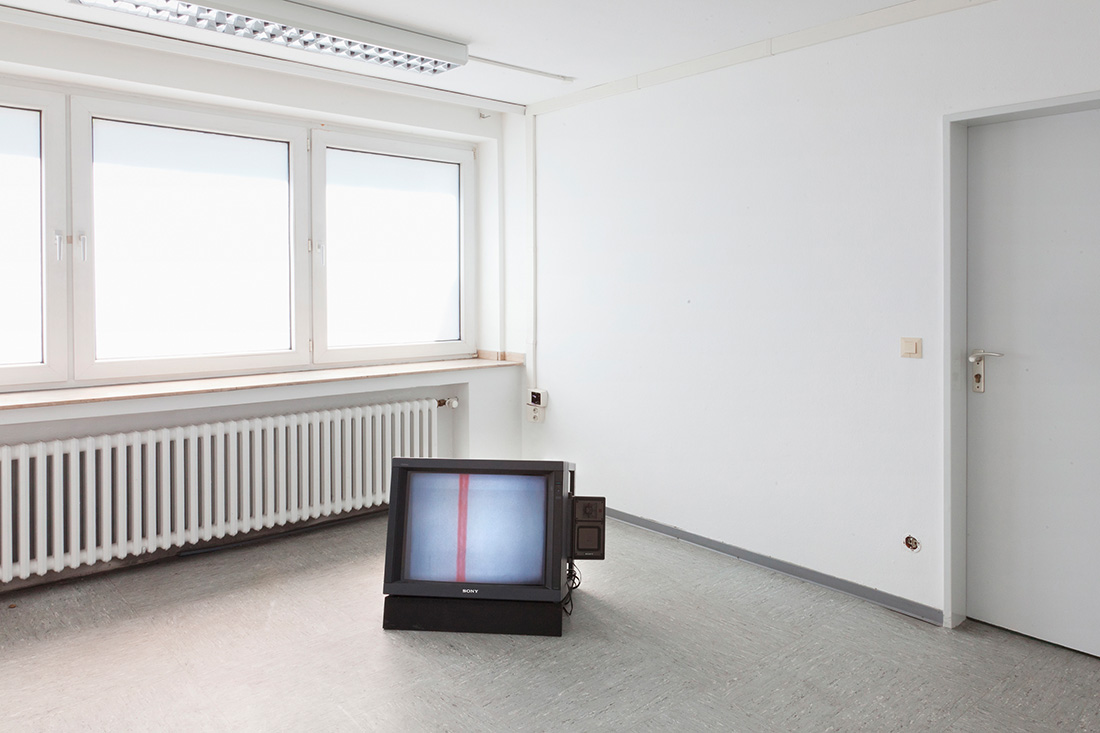 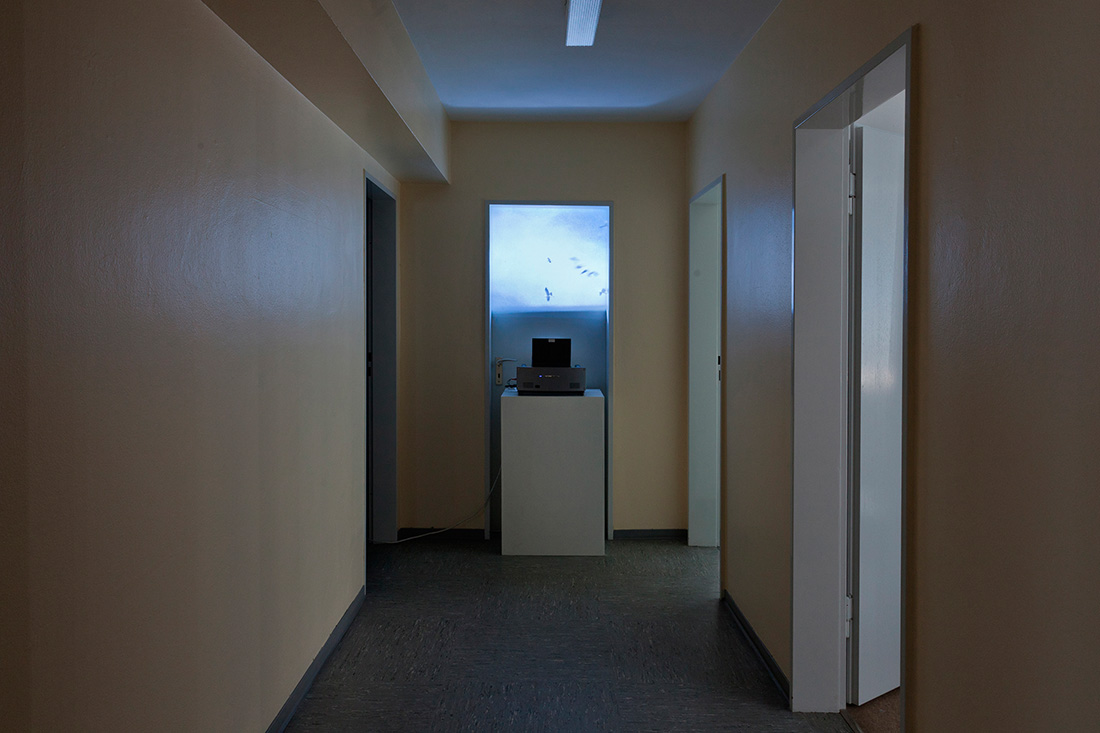 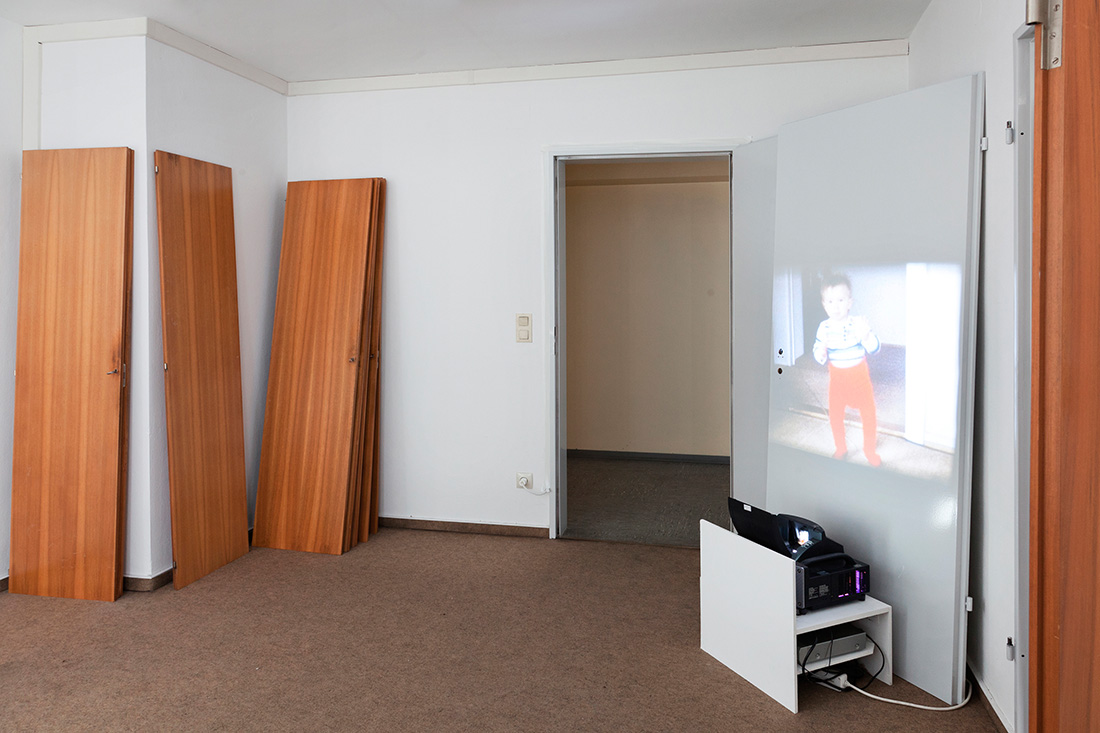 With one foot in the bathtub

“…For her final exam at the “Folkwang University of the Arts” Marita Bullmann digitalized old family super 8 movies, edited them down to a few sequences, altered their speed, and brought all of this together in an installation using an empty office space.
One of the video-sequences is accompanied by a text written and spoken by herself. Translating her poetic essay would be like re-photographing her images,
I simply can´t be doing that.

The text is about introspection, it´s about memories and longing.
We listen to a voice, describing the frame of mind of a young woman.
A young woman who has left her childhood home quite a while ago and arrived, arrived somewhere that could be described as in between.”
From Zoltan Jokay publication.
Documentation by Ingo Sturm